This tutorial shows how to Group numbers at uneven intervals in Excel using the example below; 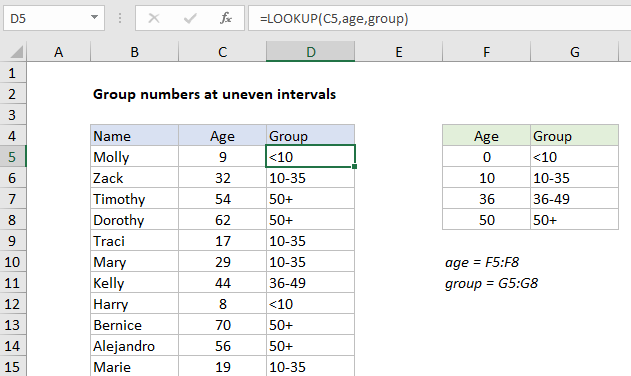 To do this, LOOKUP is configured as follows:

With this setup, LOOKUP performs an approximate match on the numeric values in column F, and returns the associated value from column G.

The LOOKUP function always performs an approximate match, with the following behavior:

If you want to do this kind of grouping without a table on the worksheet, you can hardcode values into LOOKUP as array constants like this: